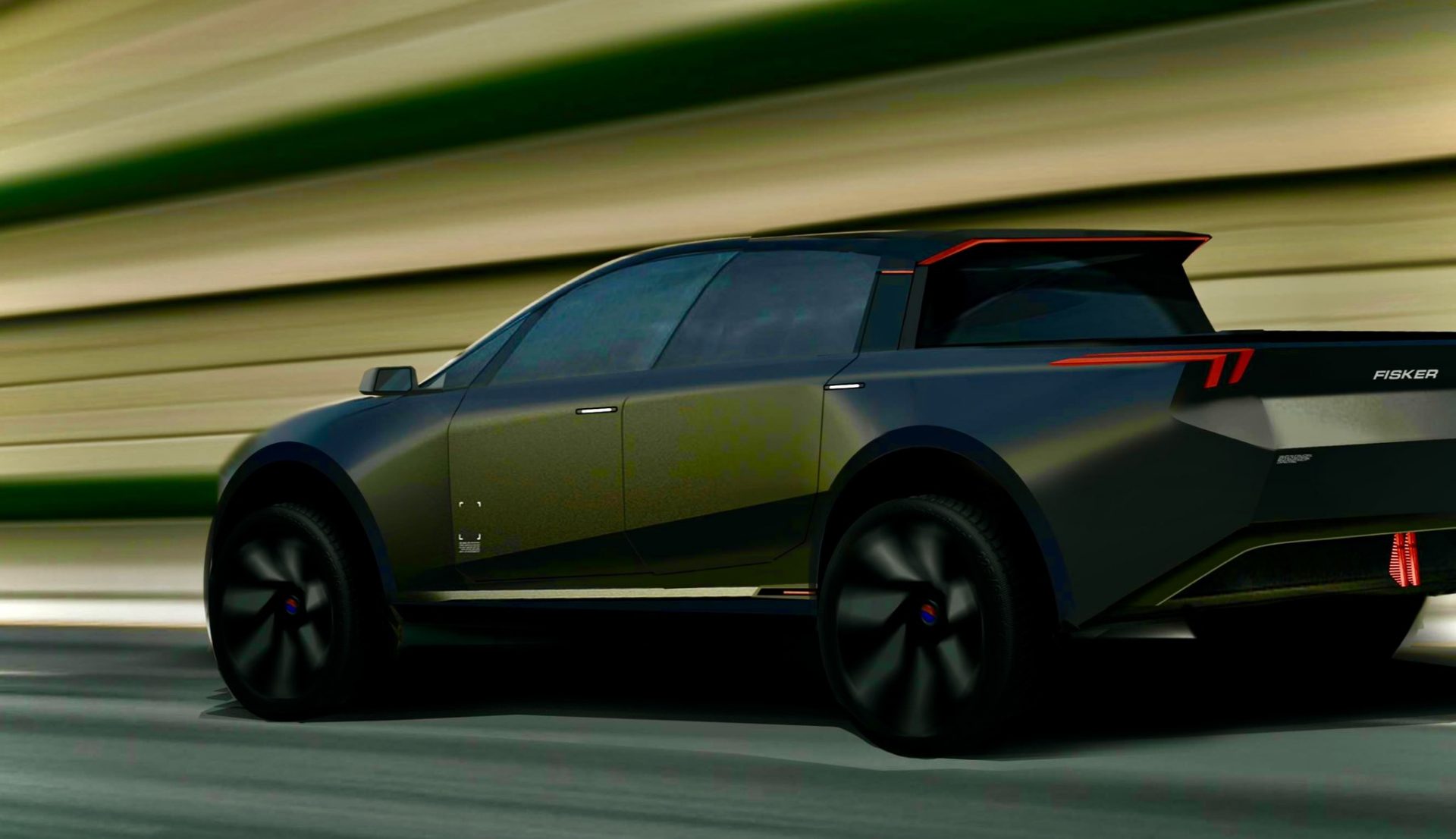 With all the success and interest Fisker has seen in the past year mostly riding the wave created by Tesla, Henrik Fisker decided to end the year off with a bang by announcing a new electric pickup truck from Fisker Motors called Alaska. With just three words, Henrik thew Fisker’s hat into the already crowded EV pickup truck ring where Tesla’s Cybertruck, Lordstown Endurance, Rivian R1T, Ford Electric F150, Bollinger B1 and many others are already battling for supremacy.

It is important to note that none of the aforementioned EV companies has yet to deliver a pickup truck to market, so Fisker’s announcement is going to be another long drawn out tease. The actual availability of this pickup truck isn’t clear but we at least have an idea of what it will look like. Fisker did say in the accompanying tweet “Ok, yes, next vehicle might be a lifestyle pick up truck! But not just any truck! We want to create the lightest, most efficient EV pick up in the world! Making it, the most sustainable! image is just a teaser! Not the final: final will be way more radical!”.

Not only did Henrik Fisker tease a new vehicle, he also took the time to elaborate on his assessment of Fisker’s production abilities, stating “I predict we will launch a range of vehicles faster than any other pure EV company has ever done! In less than 1/2 the time!With radical Design, UI & customer UX! Ohh; & We hired our terrific VP of IR from Wolf research! He is doing an amazing job!”. I can’t imagine Fisker delivering vehicles faster than Tesla which has a lot more experience, infrastructure and deliveries under it’s belt. However Henrik seems to think so.

Exactly when Fisker might officially unveil the Alaska is up for speculation as details are hard to come by online.  The company says that it will bring the Fisker Ocean electric SUV to the Geneva auto show (no mention of the Alaska), which leaves the auto shows in New York (in April) or Detroit (in June) as the next most likely locations to unveil the Alaska. Of course, Fisker could host its own reveal like Tesla usually does on its own timetable or just throw the information up on Henrik’s Twitter feed as he just did with this teaser. Only time will tell.

Audi Can Take My Money For The AI:TRAIL.