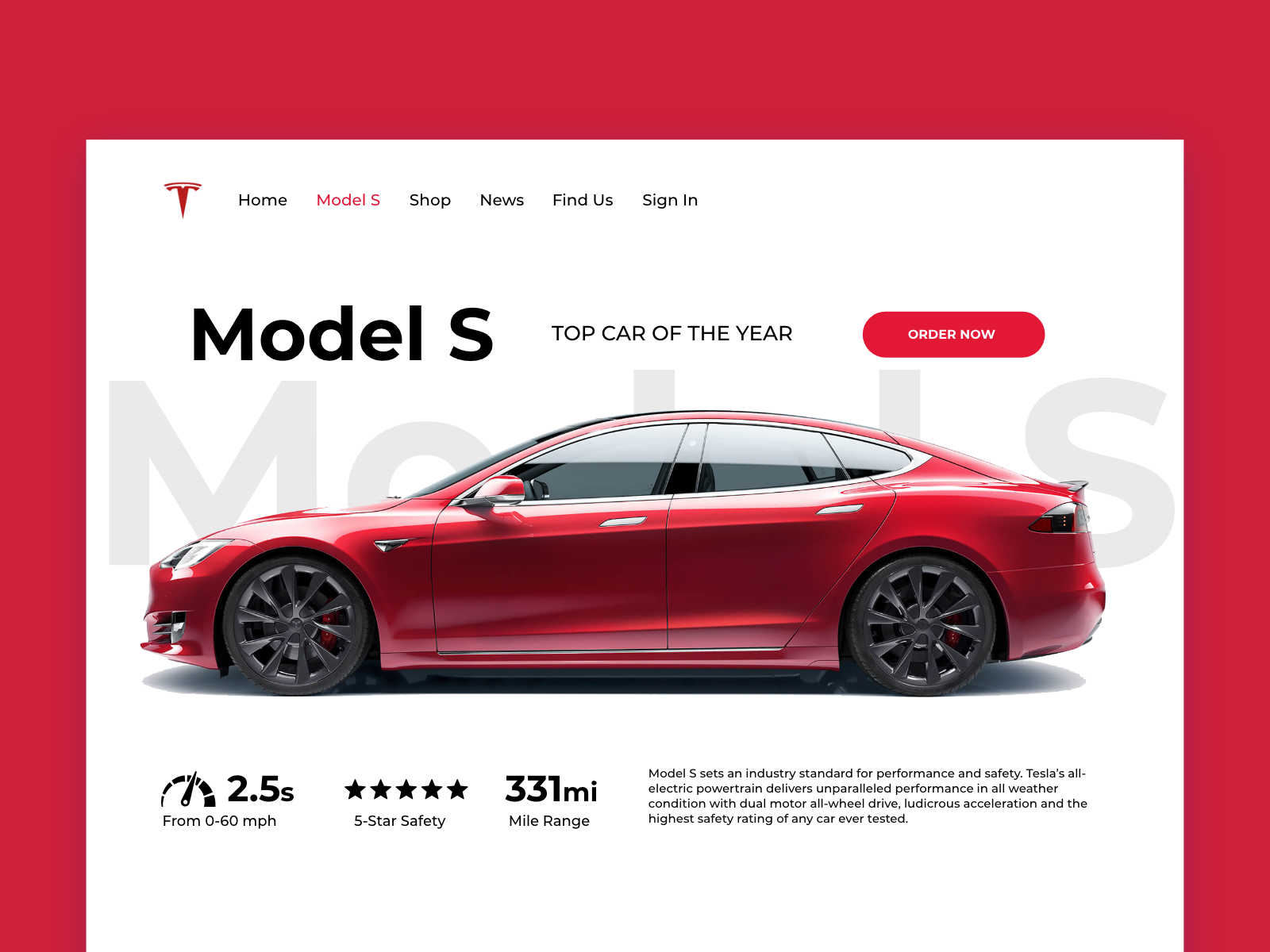 Any Tesla owner or fan would agree that Teslas are perfection on 4 wheels. Everything Tesla does is a work of art including it’s official website where you can customize and place an order for your perfect Tesla. However we at Voltly believe that perfection is not a goal, it’s a journey. So with that in mind, here’s some inspiration if Tesla were looking to continue their website design journey.

For most Tesla owners and fans, their first interaction with a Tesla is either on the street on the media (TV, Press, Internet, etc). Their next interaction with Tesla is almost via the website to learn more about the cars or even place on order. You can argue that the Tesla website is the most valuable asset in the Tesla organization because this is where the vast majority of it’s sales are made and it’s by design.

To understand the outsized importance of the Tesla website, you would have to first understand what makes Tesla a revolutionary brand that has disrupted the Auto industry in just 10 short years. Tesla has put the auto industry into panic mode. Before Tesla, automakers had to spend billions on media buys and ads to sell their vehicles to the public. With 30-seconds Super Bowl commercials costing millions, spokesmodels, auto shows or sponsoring sports team, etc, it seemed like there was no end to what automakers thought they had to spend money on in order to make a sale. Tesla, however, seems to have not received that memo.

By focusing on creating a compelling story mission, Tesla like Apple and Google has been very successful in making consumers believe they’re buying into more than just an isolated product. This explain why Tesla’s $56 billion market capitalization is greater than Ford’s ($42 billion) and close to General Motors’ ($58 billion), two companies that are more profitable and better at building cars. You see with Tesla, it’s not just about the cars, it’s about the mission to deliver something better and far superior than the status quo.

One of the most significant characteristic of Tesla’s story mission, is that it abandons the traditional sale strategies through franchised dealerships and instead sells its vehicles directly to customers through self-owned showrooms called Tesla Stores located in mostly urban centers around the world and through its website where customers can customize and purchase a Tesla. This is very vital for inventory management because your Tesla is only made after you have made a commitment with a deposit. So they don’t have the burden of maintaining huge unsold inventory.

Through it’s two key direct sales channels, Tesla has complete control over their customers’ shopping experience and as a result has been able to build tremendous trust with customer which is seriously lacking in most consumer and legacy automaker relationships. This is why Tesla’s website is arguably it’s most valuable and vital asset, not just only for sales but for brand loyalty and awareness. Also when you take into account the fact that Tesla has been restricted from opening stores in many states due to antiquated dealership laws, you begin to see the absolute necessity of the Tesla website. In some states they had to call their stores “galleries” where orders were not taken and employees were unable to discuss prices with customers, telling them instead to go online to make their orders. So it’s important that the Tesla website never cease it’s journey of perfection.

In a blog post, Tesla stated that this was a large part of their reasoning for wanting to close Tesla stores around the world: “the important thing for customers in the United States to understand is that, with online sales, anyone in any state can quickly and easily buy a Tesla.” With the 2019 Tesla Model 3 already it’s top seller by a huge margin and searches for used Tesla Model 3 spiking in recent months, ‘finding a Tesla dealer near me’ is as easy as going online and placing my order. Also don’t forget that sales of Tesla accessories are mostly through it’s website which is another big money maker for the forward thinking car company and helps to further endear fans to the Tesla brand. So Tesla if you’re listening, here are the 2 best design concepts we found around the web.